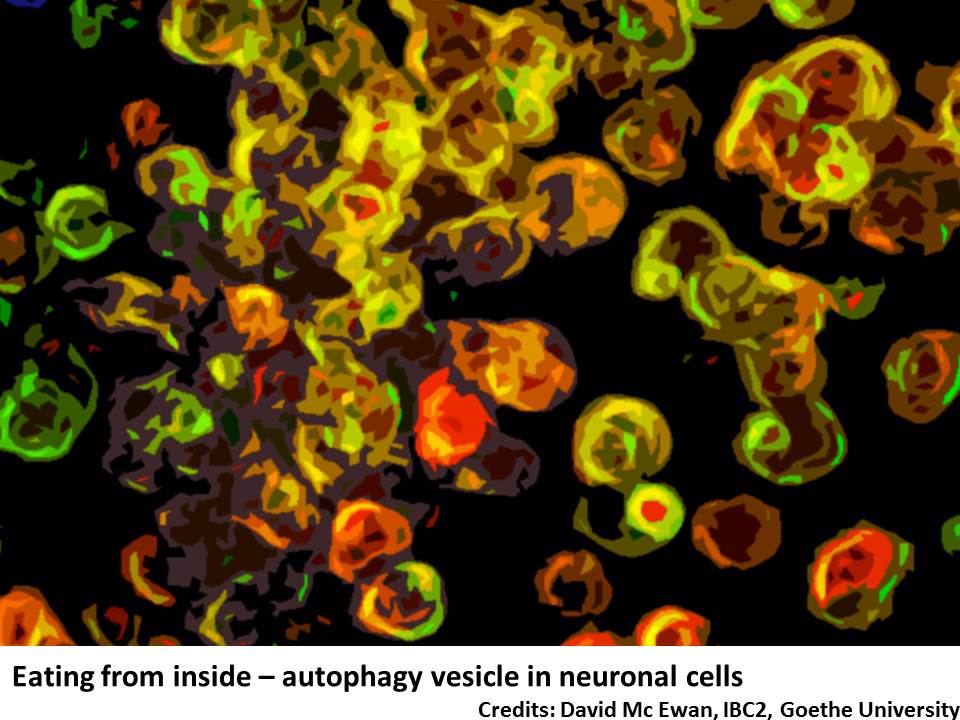 June 2015. Defects in the quality control systems of cells are often fatal. This is seen in particular in neurodegenerative diseases such as Alzheimer's or Parkinson's. As published in today's online version of Nature, a research team led by Ivan Dikic discovered a new autophagy receptor which plays a central role in cellular quality control. Mutations in this receptor impair its function and cause a hereditary neuropathy named HSAN II. This milestone study not only gives insight into the pathophysiology of a disastrous disease, but also emphasizes the importance of the autophagy network for the wellbeing of cells. Link to German press release, English press release, original article.