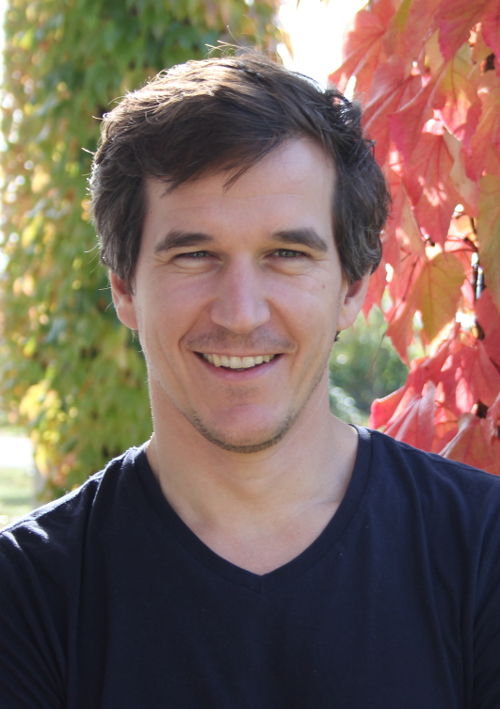 Martin Grininger, Lichtenberg Professor of the Volkswagen Foundation and BMLS Group Leader since 2012 has been appointed BMLS Vice Director retroactively as of 1st June 2015 by BMLS Director Enrico Schleiff.

Martin Grininger was born 1976 in Linz in Austria. At school he was mainly interested in one thing: sports, especially skiing. Towards the end of his time at school he discovered that he liked chemistry too, so in 1995 he began to study chemistry at the University of Linz. He moved to Graz in 1998 to focus more on organic and biological chemistry and completed his degree with a diploma thesis at the Max- Planck-Institut für Kohlenforschung in Mühlheim/Ruhr. Martin started his PhD project at the Max Planck Institute for Biochemistry in Martinsried in 2002. After finishing his PhD in 2006 he stayed on at the MPI as project group leader. From 2010 to 2011 he was guest professor at the University of Vienna and in 2012 he became Lichtenberg-Professor of the Volkswagen Foundation at the Goethe University Frankfurt. Skiing remains his hobby. He tries to compensate for the lack of snow in Frankfurt with other sports and activities. The underlying goal of his research is to provide understanding of the functional mechanisms of proteins to finally reprogram their reaction modes.

For further information on his research visit his website: http://bmls.de/Protein_Reaction_Control/aboutus.html or http://mg46.div.uni-frankfurt.de/