In 2008, scientists of the Cluster of Excellence Macromolecular Complexes (CEF) successfully applied for funding of a dedicated research building according to Art. 91 b Abs. 1 Nr. 3 GG. In 2009, the diggers started ripping up the designated area on the South Western edge of Riedberg Campus. The construction phase was completed in August2011, when the first BML research groups were able to move in. The building brings several state-of-the-art technology platforms to the campus which can be used by internal as well as external scientists, including the Electron Microscopy Lab, the Frankfurt Centre of Advanced Microscopy (FCAM), and the Crystal Facility. 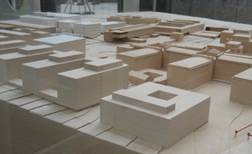 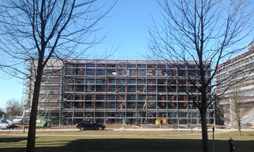 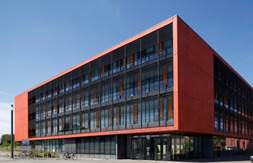