Kids Day – the next generation of top scientists at BMLS

March 2018. They were back - the next generation of top scientists came to visit the BMLS on March 22nd. We welcomed the 37 pre-school kids of the daycare Kairos and St. Bernhardt in our lab and had a wonderful day of science. The 6 stations that were prepared for the kids were a hands-on experience of various fields of science including biology and physics.

The kids were given the task to collect samples previous to the lab visit and where then able to look at the objects using microscopes. Other microscopic animals such as a water bears and a hydra were also examined by the children leaving them with a fascination for the kingdom that is invisible to the human eye. Another station that impressed the kids, displayed the techniques animals use to hide in nature, such as the so called wandering leaf. This insect looks and moves just like a leaf and the kids were keen to hold and observe the various insects on display.

The kids pipetted a "rainbow" using different coloured liquids that separated themselves due to their different densities – a fun experience as well as a little keep-sake for them.

The final display was a bucket of dry ice which went up into smoke to the great amusement of the kids. 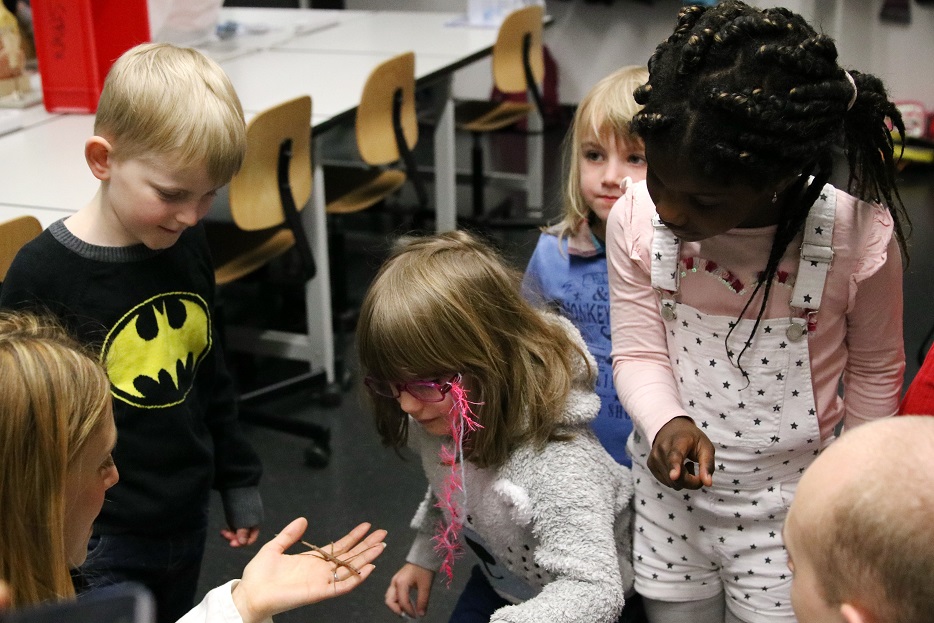 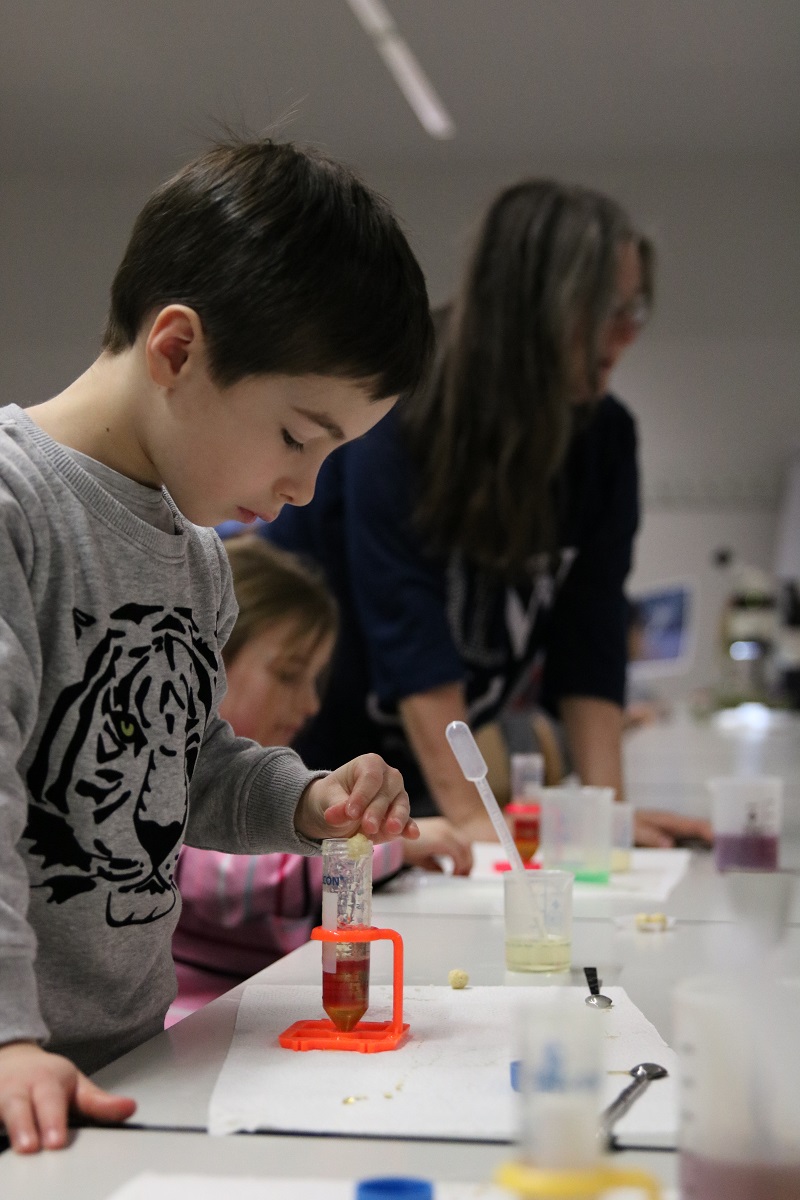 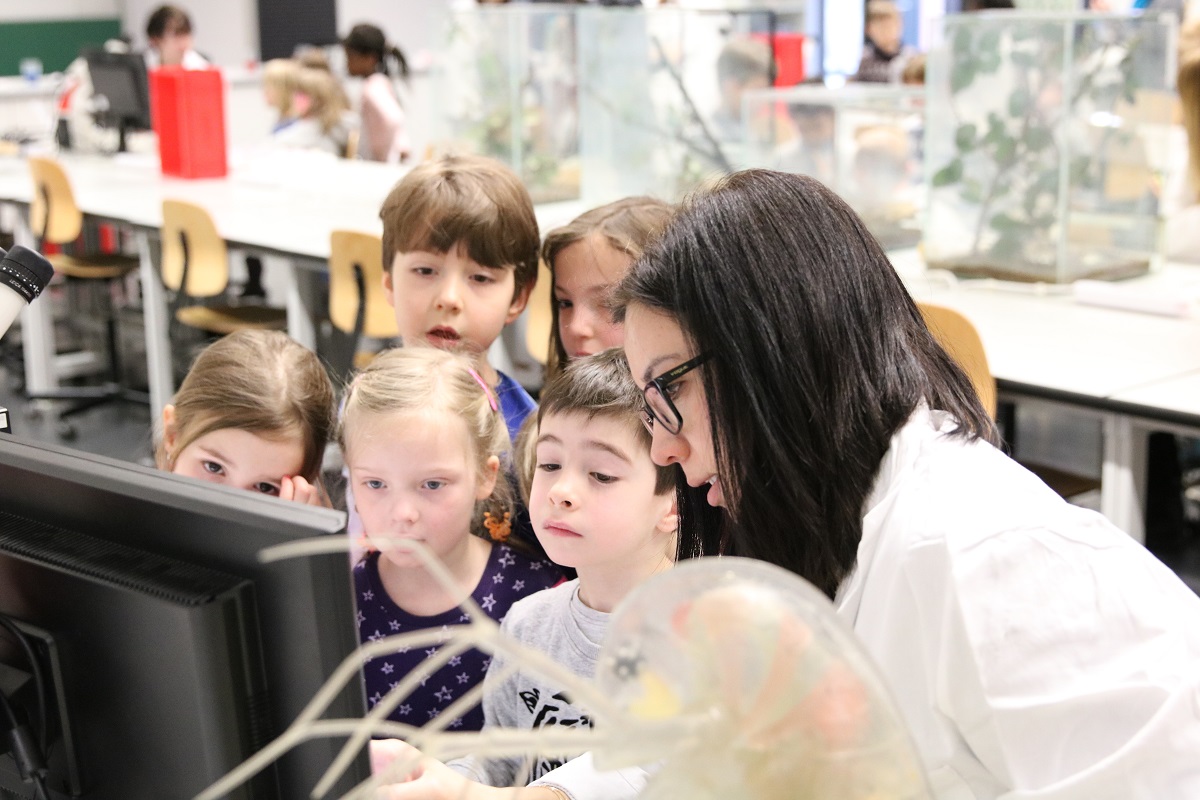 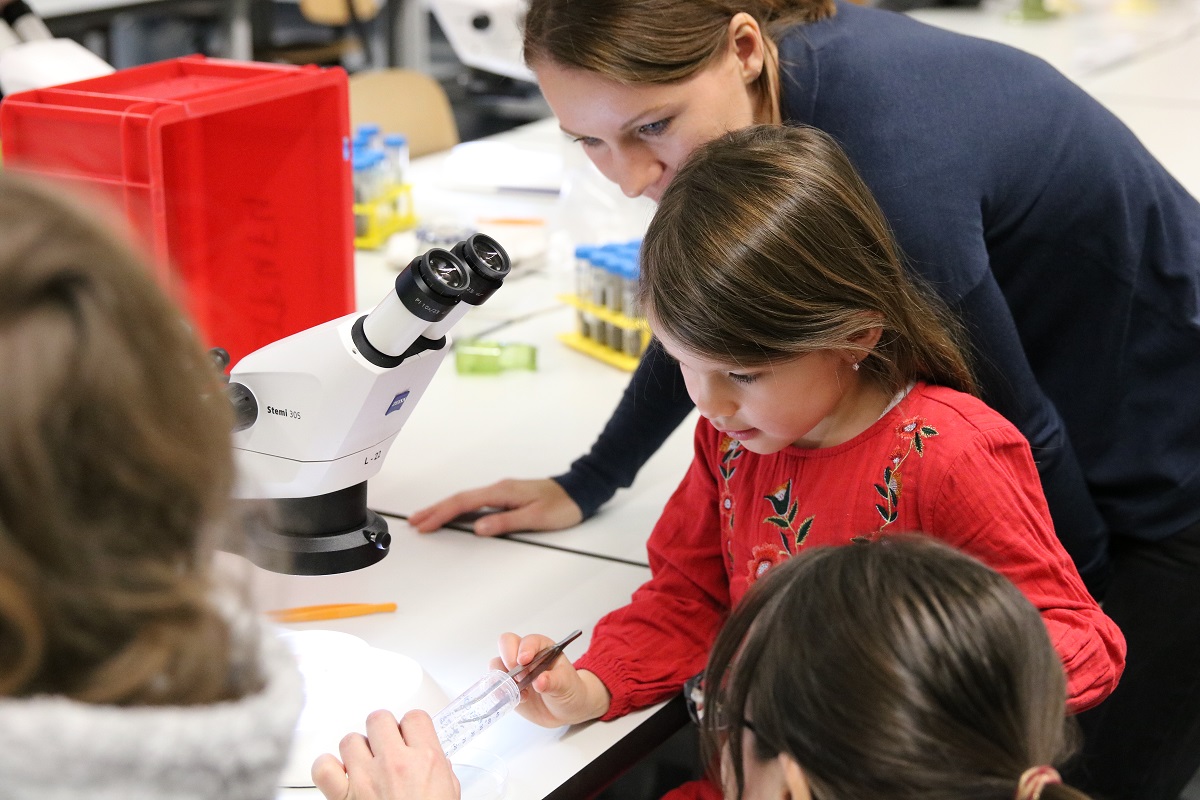 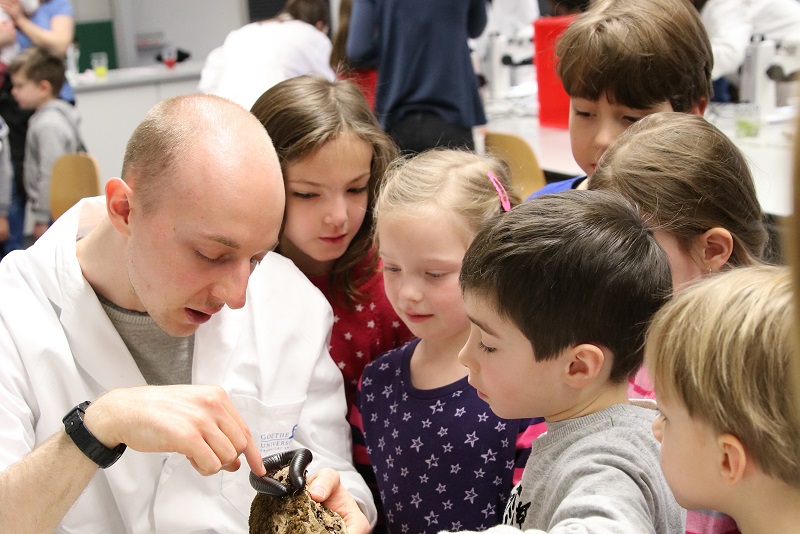 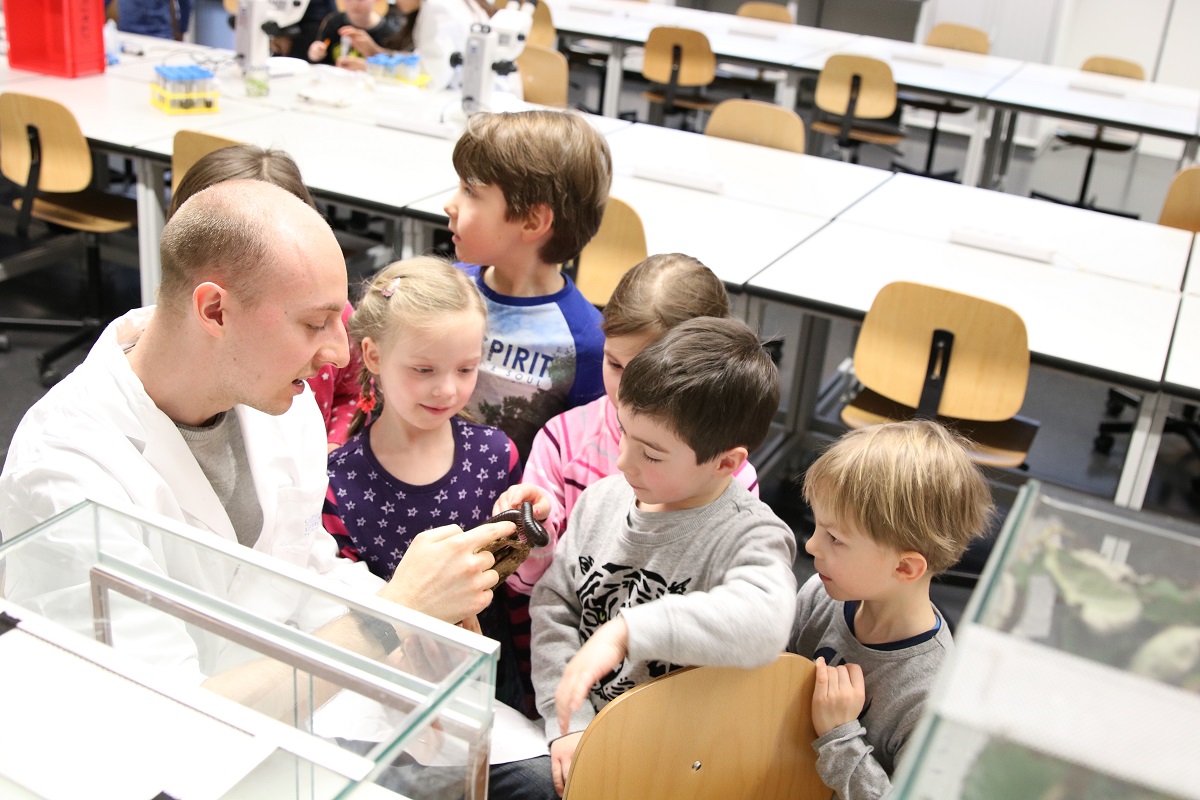 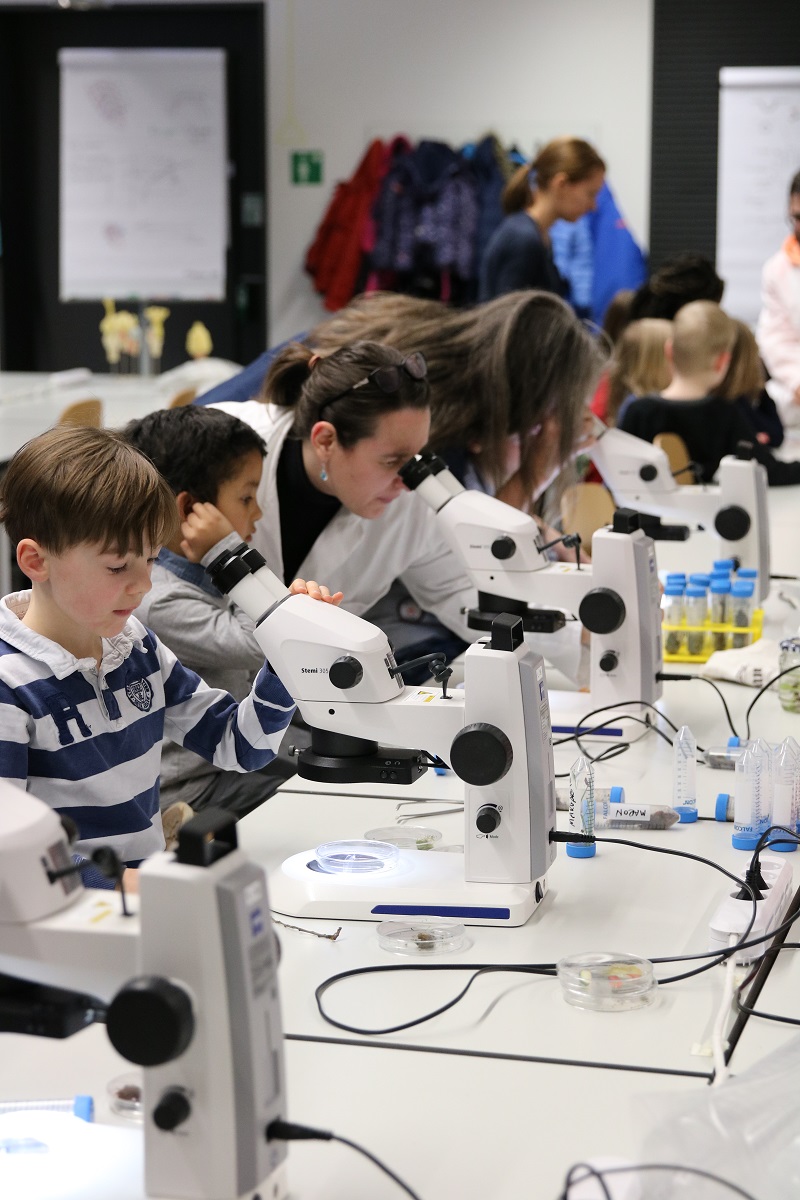 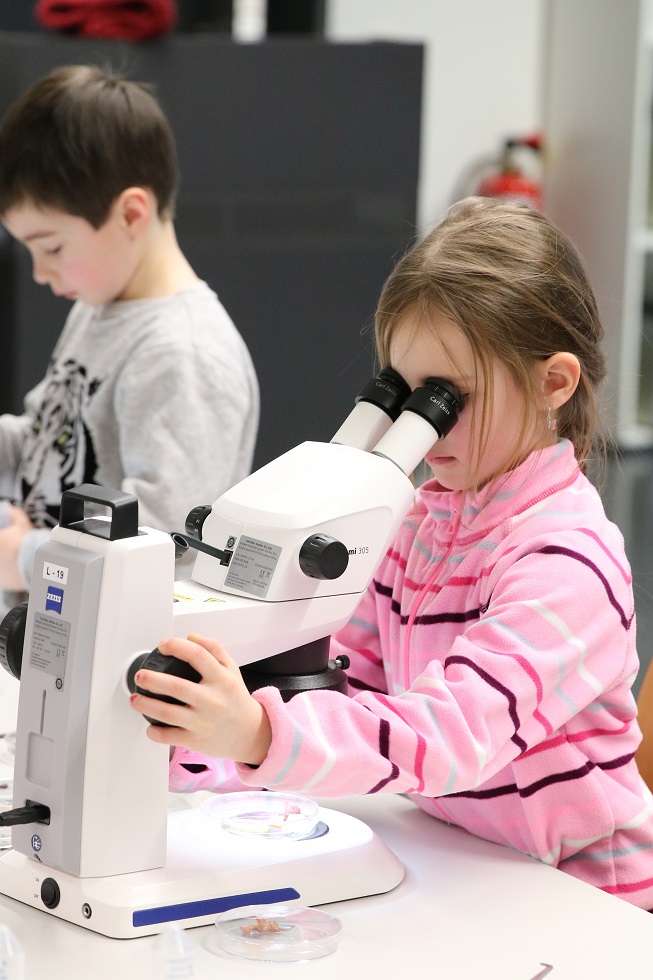 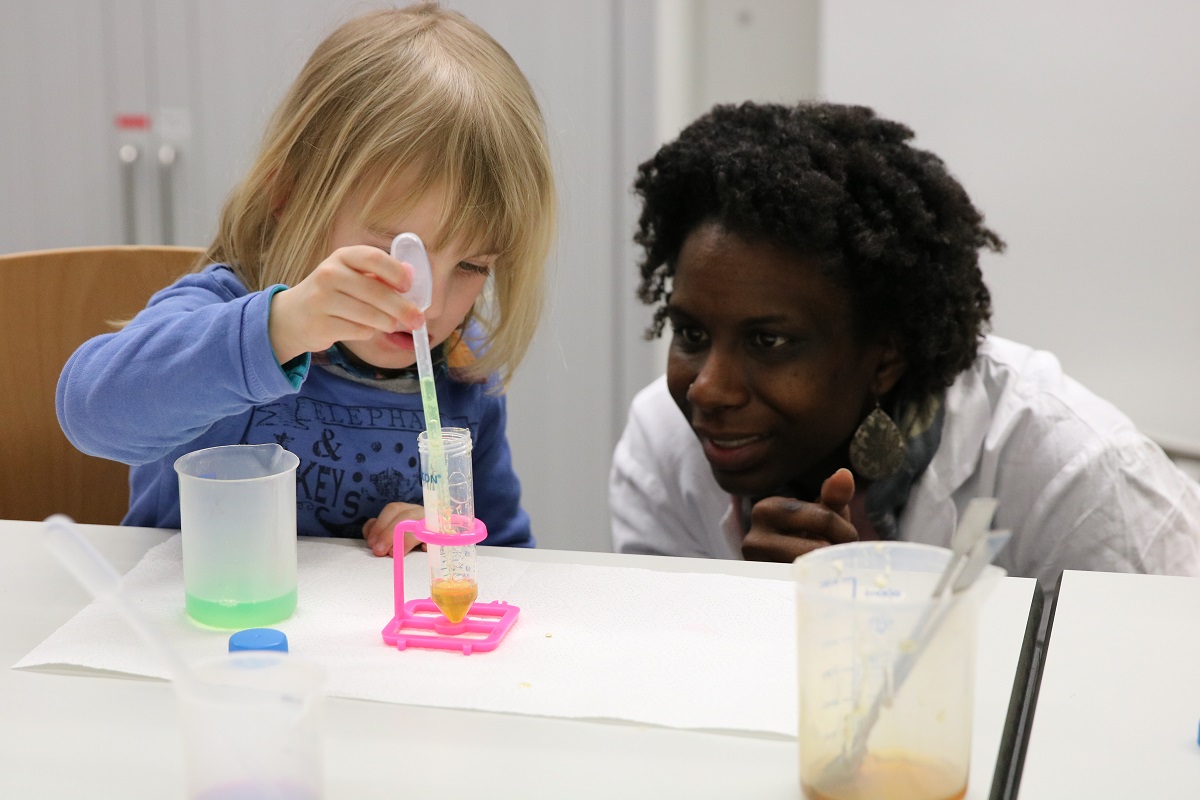 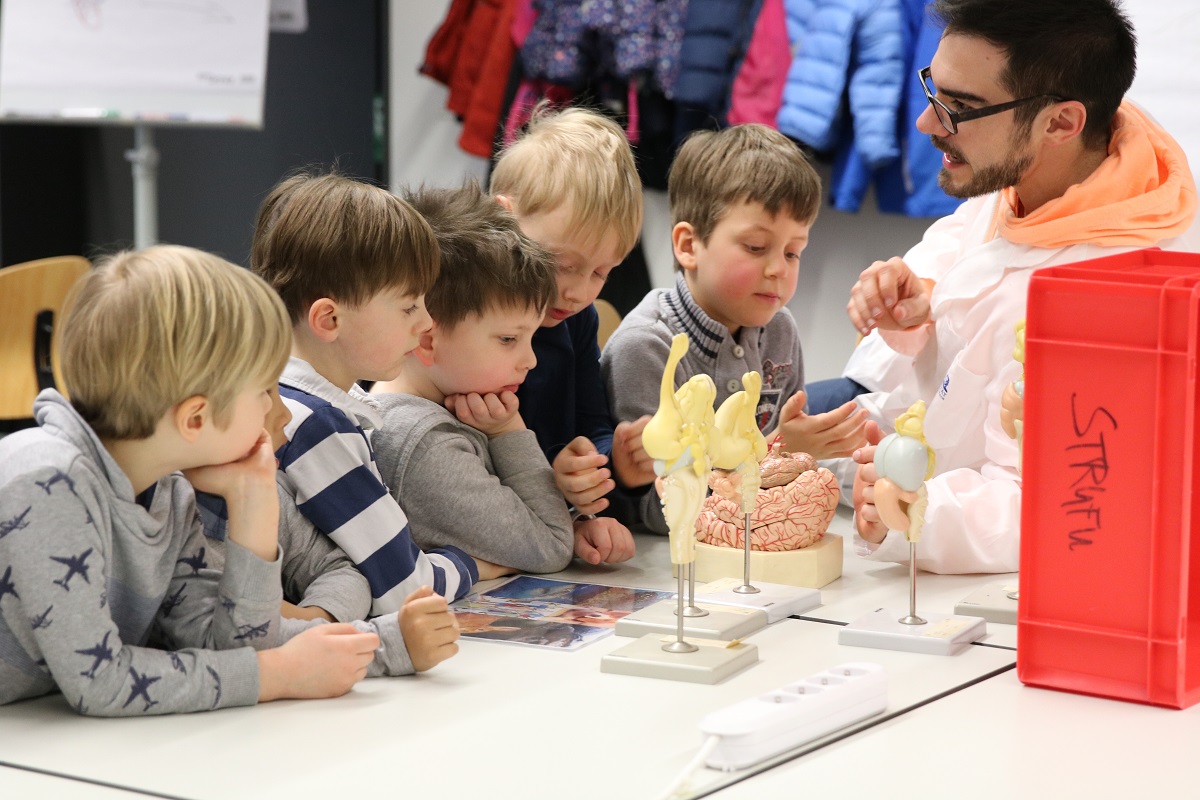 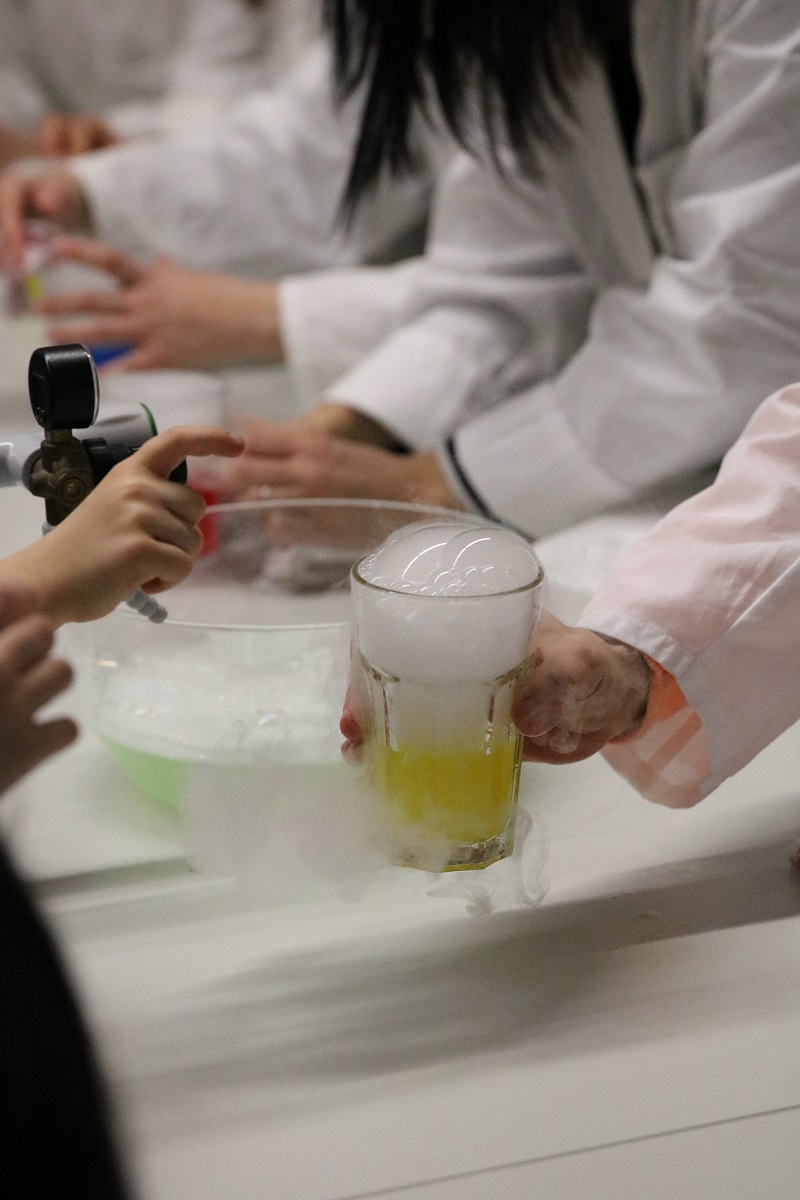 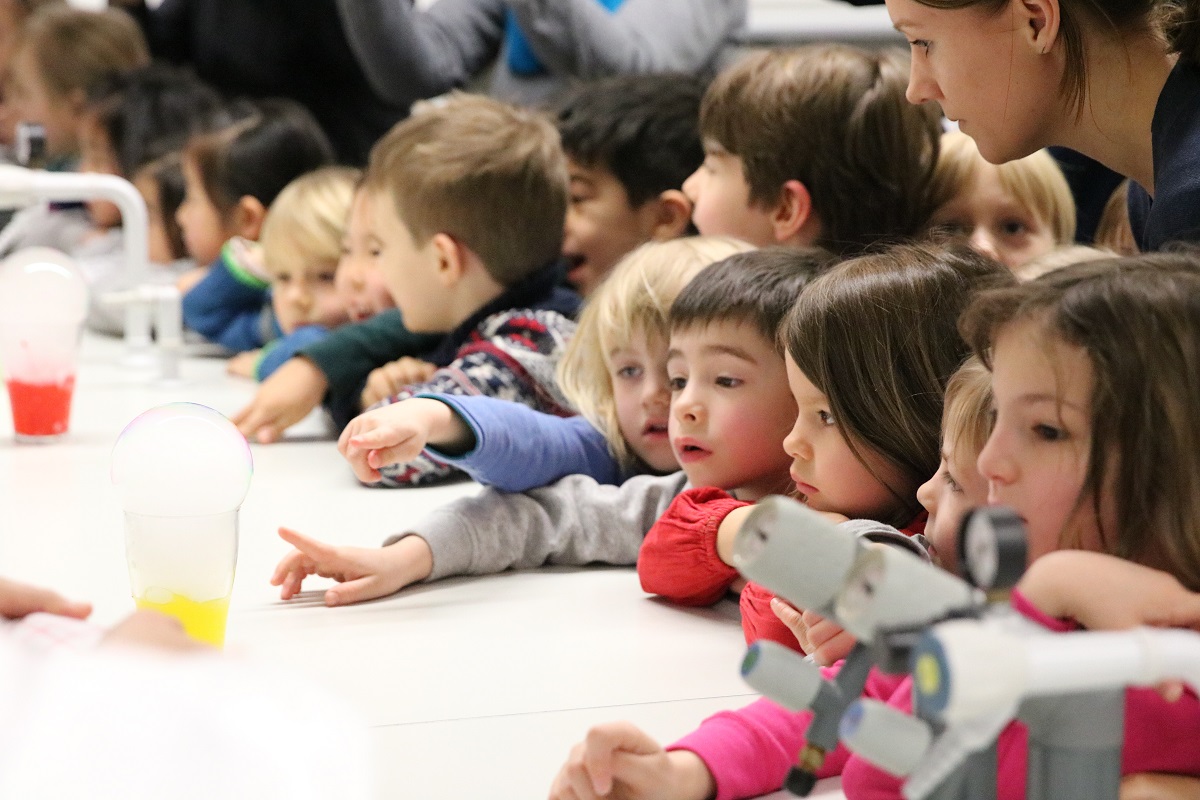 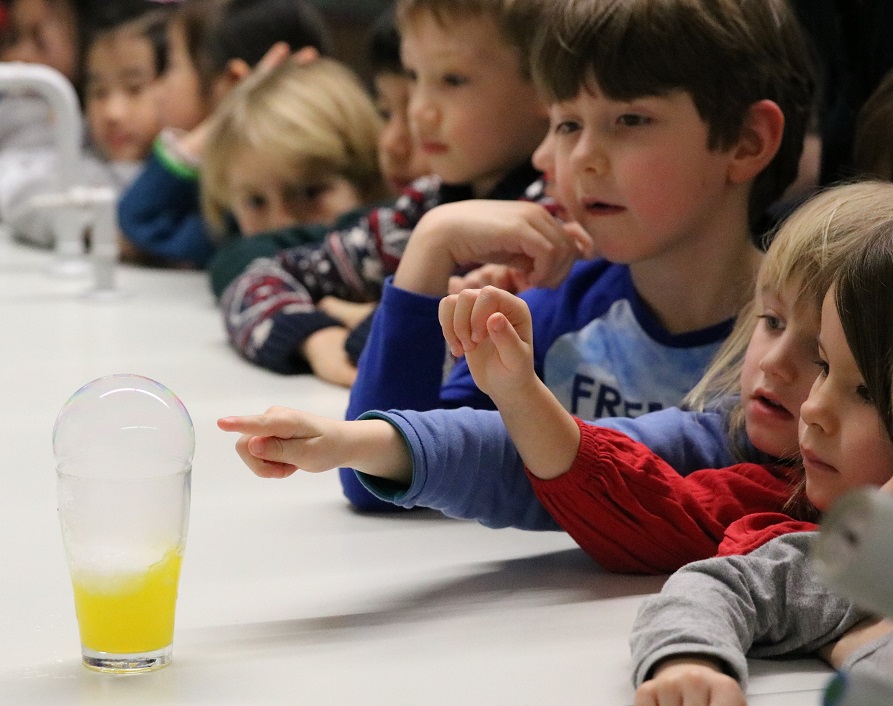 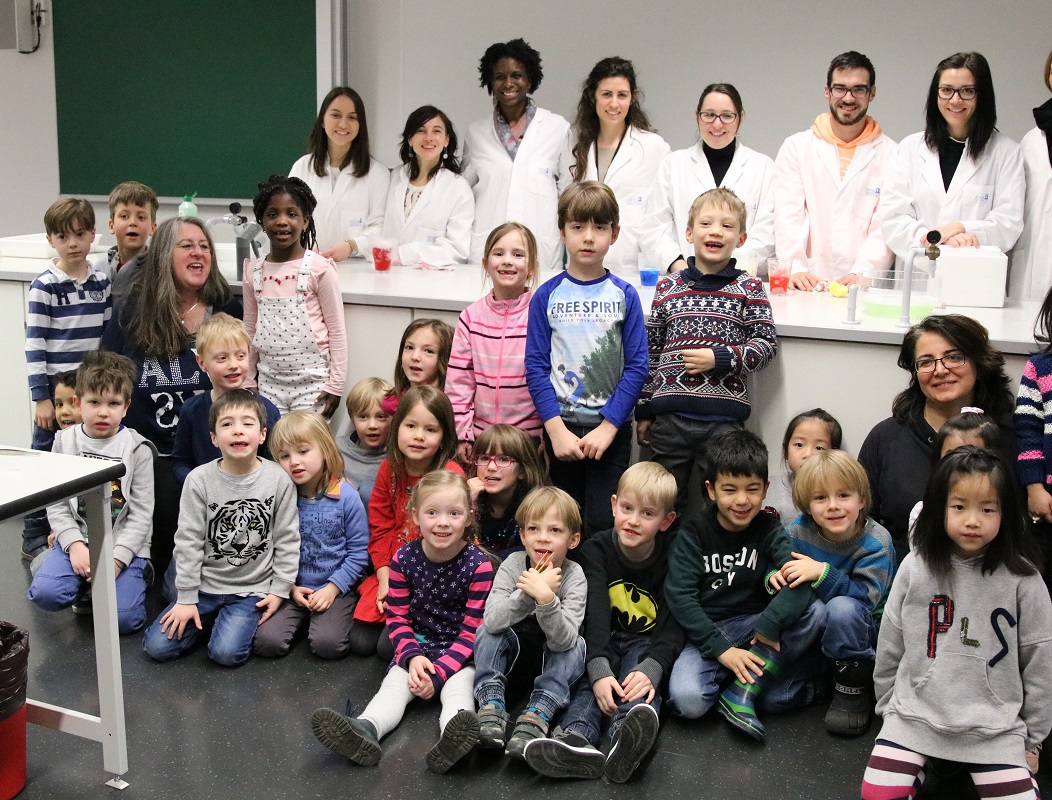