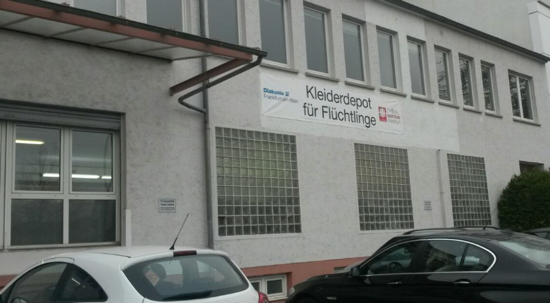 In September, a BMLS fundraising was initiated to support the overwhelming number of refugees. During a cake sell at the BMLS institute 150 Euro were collected which was donated to the UNO Refugee Agency. This money is used to help people in the affected countries such as Syria, Iraq, etc.. As an example, with those 150 Euro aid supplies such as water canisters, sleeping mats, solar-powered lamps and soap can be funded.

In the following months, we collected donations such as men and women’s wear, baby and children clothes, shoes, as well as sanitary products such as baby’s napkins, and also toys. Of all these donations, we brought two heavy suitcases to a refugee asylum near Frankfurt main train station, and several carloads to the Frankfurt clothing depot, which collects all kinds of items for refugees and further distribute it to needs-based sites. Furthermore, a bike was donated to the Maintal Arbeitskreis Asyl.

We would like to thank all those who contributed to this project!