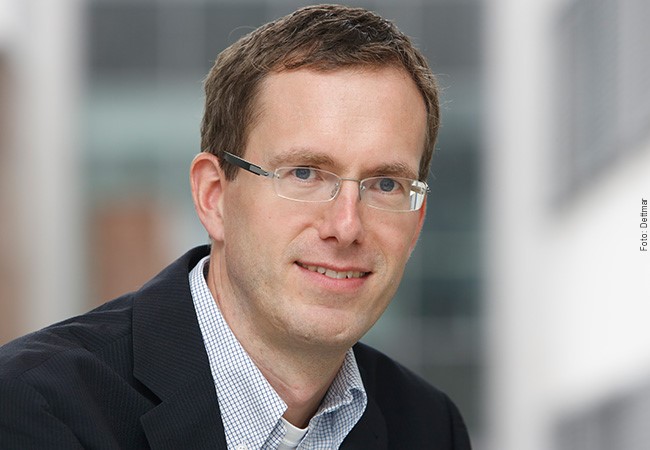 April 2019. Many clinically used drugs are peptides, which are often produced by microorganisms such as bacteria or fungi. They include important antibiotics such as vancomycin, daptomycin and penicillin, immune suppressors such as cyclosporine, and anti-cancer drugs such as bleomycin. To alter these peptides, the enzymes producing them have to be reprogrammed. This also allows the production of non-natural peptides which do not occur in nature and which might have beneficial or superior properties compared to the original peptide. This is the goal of SYNPEP (Synthetic biology of non-ribosomal peptide synthetases to generate new peptides), headed by Helge B. Bode, Professor for Molecular Biotechnology at the Faculty of Biological Sciences at Goethe University. The project will be funded for five years with € 3.16 million.

Helge Bode came to Goethe University in 2008 when he was appointed Merck Endowed Chair for Molecular Biotechnology. He works on all aspects of microbial natural products, with particular focus on the natural function of these molecules. His group studied this within the framework of an ERC Starting Grant from 2013 through 2018. His second emphasis is on the manipulation of non-ribosomal peptide synthetases, which are the focus of the ERC Advanced Grant just awarded.